Route Health Injection (RHI) delegates the control of routing protocol announcement to a server based on the health of a service and the connectivity of the server to the network :

Route Health Injection can be used to advertise the same IP address from different locations geographically dispersed. User is directed to the nearest server from the network perspective. Strong resiliency is achieved for critical services in this IP Anycast.

Citrix ADC High Availability is usually created by pairing two netscaler nodes located in the same management subnet and sharing the same vlans. The primary node hosts the active SNIP and VIP addresses, the secondary node is synchronized with the primary node. If the primary node goes down or loses it's connectivity, the SNIP and VIP addresses move to the secondary node which gets primary. Both Netscaler nodes share the same network configuration and network resiliency is achived by using first hop reduncdancy protocols (HSRP, HSRP vPC, VRRP, ...), vPC, VSS or multi chassis etherchannel, and firewall clustering.

Failure or flapping of one of the redundancy mechanism breaks network connectivity.

In a layer 3 Citrix ADC HA deployment, each ADC instance is deployed in a separate subnet with independant internet connectivity, routers, and firewalls. All those equipments are located in separate network rooms. Connectivity in the Citrix ADC HA pair and between ADC and users / backend servers are routed and rely on dynamic routing protocols. 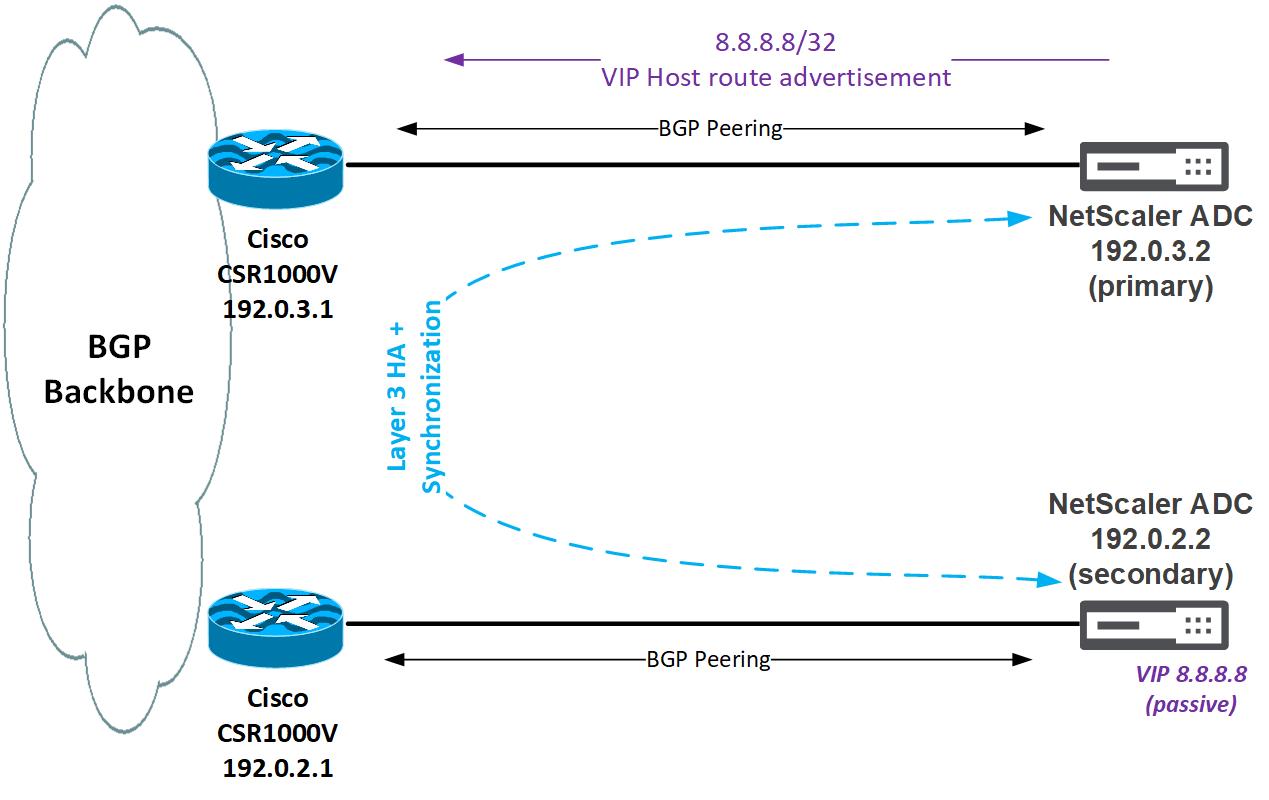 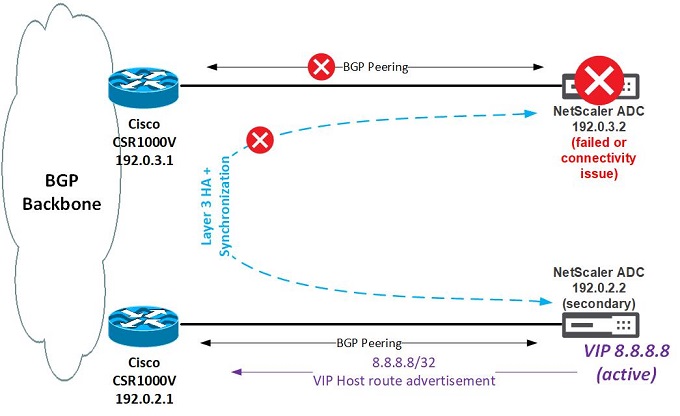